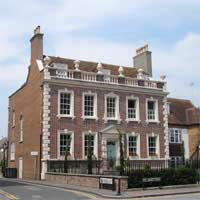 Recent research from Halifax revealed that the popularity of new build apartments has overtaken the UK’s previous obsession with period conversions, but each has its advantages and disadvantages.

If you look at any city skyline, you will no doubt notice the increasing number of cranes and large apartment blocks shooting up all around you.

And with the government determined to ease the UK’s housing shortfall by providing 240,000 new homes every year by 2016, the number of new build apartments available to home buyers is set to far outstrip the number of period properties on the market.

Going Back in Time

The UK housing market has had many a facelift, from Georgian properties, council houses and high-rise flats to manor house conversions.

According to recent figures, over 60 per cent of the homes in the UK were built before 1939 and 80 per cent before 1975, this amounts to a huge number of period properties.

And, since the government outlined its proposals to increase the availability of homes in the UK, many of these period properties have been converted into modern flats.

What do People Prefer?

In comparing a period conversion with a new build apartment, you can see the obvious differences – the large ceilings, sash windows and authentic fireplaces compared to chrome, glass and open plan aspects of modern apartments - all of which add to the character of the building.

However, there are other benefits too. Firstly, if you look at the performance of house prices throughout history, it is clear that period properties hold their value for longer. This is because each apartment is unique, with its own style and character, unlike new build apartments that are very much alike.

Although, as a result of this, many period conversions are out of the price range for the majority of first-time buyers and most have been snapped up by landlords that rent them out at premium prices.

New builds, on the other hand are purposefully built with the first time buyer in mind and, particularly now, are produced alongside government schemes such as part rent part buy.

Of course, other advantages in buying a new build is that you will be the first to live there, and there will be no renovation costs and little to do in the way of decorating – all of which are very important to the cash-strapped first time buyer.

Often you will find that a new build property has some form of parking ability, or is connected to a city car scheme that is a big advantage for those living in cities where parking can be an issue.

It really depends on what kind of buyer you are. Being a first timer then you are very much governed by price. But, if you have saved a substantial deposit, or have chosen to move or downsize, then you will have much more of a choice.

The one thing to bear in mind would be whether you have enough spare cash to deal with the potential breakdown and decorating costs often associated with period properties.

The location that you wish to move to also plays a big part as to whether you opt for a period conversion or new build apartment. Older, more established areas within cities, and obviously towns and villages on the outskirts will have much more to choose from in the way of period properties.

But, for those areas that are undergoing much regeneration, new build apartments will be very much a key part of the plans and in many cases now, where most of the value is to be found.

It is very difficult to pinpoint an up and coming area, especially within cities and large areas that have a lot of building work taking place.

Should you Rent or Buy an Apartment?

The Art of Snagging

Putting your Stuff in Storage